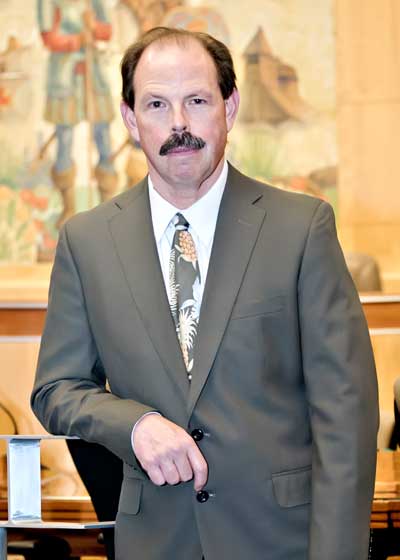 Eric Miethke founded Capitol Law and Policy Inc. in 2018 after a quarter century as a partner in one of California’s leading strategic law and lobbying firms. In that role, he was widely acknowledged as one of the top experts on California state and local tax law and policy. Over the years, his practice expanded to include legal and strategic advice in the entertainment, insurance and Professional Employer Organization (PEO) arenas.

A former legal counsel to a member of the Board of Equalization and Franchise Tax Board, he has decades of experience in handling the most difficult tax cases before those boards as well as the Employment Development Department, local agencies and assessment appeals boards and the courts. As a registered lobbyist, he is able to craft strategies that integrate legislative, regulatory and initiative/referenda elements that have led to tremendous victories for his clients.

He is regularly called upon to testify as an expert witness on California tax by various government tax reform bodies, and has published many articles on California state and local taxes.

Mr. Miethke was named one of three California state and local tax practitioners under 40 most often cited by peers by The Los Angeles Daily Journal, California Law Business (September 14, 1992).

He also served as a member of the Board of Directors of Entertainment Partners until it was acquired by TPG Capital, a private equity firm that is also a majority owner of talent agency CAA. Mr. Miethke served as Chair of the Board’s Audit Committee from 2004-2014. Entertainment Partners is the largest Motion Picture Payroll Services Company in the United States and is California’s largest private employer. Mr. Miethke served on its board beginning with the company’s inception as an ESOP-owned company in 2004 until its acquisition in 2019.

In response to Cutler v. Franchise Tax Board, the Franchise Tax Board proposed to retroactively tax hundreds of California entrepreneurs who had benefited from the Qualified Small Business Stock exclusion. On behalf of California Business Defense, a coalition of those entrepreneurs, he was the chief strategist and lead lobbyist for the effort that led to the passage of AB 1412 (Gatto/Bocanegra) and SB 209 (Lieu) which gave full relief to the entrepreneurs from all taxes, interest and penalties.

On behalf of the Motion Picture Association of America, Mr. Miethke was the chief technical consultant for the industry on the drafting of AB 1839 (Bocanegra), which established the $1.6 billion California motion picture production tax credit program.

University of the Pacific, McGeorge School of Law
Juris Doctor (with Distinction)

1980 Anna Laura Myers Prize for the Outstanding Thesis in Economics